King of Kings: An Introduction

To coincide with the beginning of this blog, I thought that it would be best to begin to uncover the world revealed in my thoughts and musings on roleplaying... or well, to be more clear I suppose, to begin to detail a setting that I hope to continue to build on in the ensuing time on this blog! This post then will function as a simple starting introduction to the setting and a synopsis of what I hope to do with it going forward! 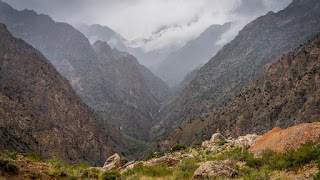 A bandit and a burglar scurry along in the deep riverine recesses between the looming mountains, completely blind to the hungry manticore eyeing them from the hillside. The twinkling stars above watch them with malicious intent and stand by, the echo of a flute followed by terrified screams slowly dissipating into the night. The bandit, with his arms broken and face beaten, hides shivering in the undergrowth, the sack of coin on his belt intact even as his friend is now gone. 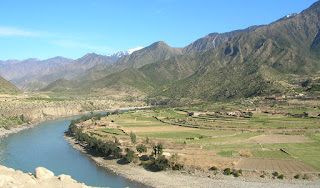 A petty tyrant of a mountainside estate stares across the river from his terrace, down at the fields teeming with slaves below. He strokes his beard, watching them harvest wheat for his horses and his camels, watching them collect olives for the presses and slaughter unclean pigs for his giant lizards. A little hairy figure steps out of the shadows, its bright cat-like eyes under thick brows, as it whispers a sought for secret into the tyrant's ear. 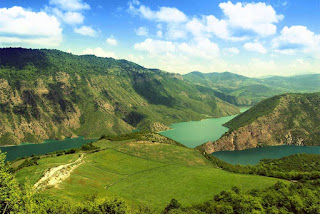 A wide-eyed young woman sneaks beneath the trees and around the looming edifices of the crawling hills around her. She is looking for something. She hears a voice from behind her: another woman, of about her age, inviting her into a cavern gaping out of the side of a hill. She enters, finding within a circle of women and men fervently discussing a quotation from a prominent religious reformer, while one of them keeps watch at the cave entrance. They must be alert for hungry goblins and thugs on the satrap's payroll alike.
These are three scenes (which I hope weren't too pretentious or annoying to read) from the world of King of Kings, a campaign world for old school gaming set in a fantastical vision of the world of late antique Iran. In King of Kings, the players are people on the fringe of society, thieves and bandits and outcasts and revolutionists, who have found themselves in the tyrannical satrapies on the furthest edge of the Enlightened Empire. In these borderlands, there is no law except that which the tyrants dictate, a land where human injustice triumphs and supernatural chaos worms its way into the cracks, and where the natural world can be just as deadly as it is stunningly beautiful, and just as dangerous as the servants of untruth and destruction.
There is a battle for the fate of the whole cosmos constantly unfolding, between the dualistic forces of truth and untruth, law and chaos, but you wouldn't know that from how the Empire acts. The King of Kings has been preoccupied in the drudging slog of the Ceaseless War with the empire of the Gnostic Elves to the west, and his bureaucracies and offices have ended up sold to the highest bidder. Satrapies are tyrannies in all but name, and despite the mythologizing of the righteous struggle, none of the people in power are actually fighting for truth and law. In many ways, the cosmic battle has been handed off to everyday people... people who barely have the time to actually fight it. To be victorious against the forces of untruth must come with victory against the injustice that so defines the Enlightened Empire, that so define its border satrapies.
History reaches deep beneath the surface of the world for miles and miles. The sunken ruins of empires long past sit squatly on top of one another, and below even these there is the mythic underworld carved into the depths by something long forgotten. Sometimes, delving into these depths is the purview of explorers in the service of satraps or local notables... sometimes, it is the desperate expedition of grave robbers with no other opportunities.
This is the world of King of Kings. A world of injustice, of dangerous wilderness and alien depths, of tyrannical satraps and distant misguided shahanshahs. King of Kings is a world of fantastical adventure where the people in power don't care, but we can care about each other and fight to make it better. It's romantic fantasy, and revolutionary fantasy as well, with plenty of good ol' sword and sorcery thrown in for good measure. For aesthetic and historical inspirations, think the Shahnameh of Ferdowsi, the 'Abbasid Revolution, medieval bestiaries, Howard and Lovecraft and Moorcock, the Conference of the Birds and other Sufi poetry, Mazdak and Khusrau, Sinbad the pirate... Well, enough of my ramblings, I just hope you all find my late antique Iranian fantasy adventure games interesting as I continue to build on this setting!
Posted by Marsworms at 6:27 PM

Email ThisBlogThis!Share to TwitterShare to FacebookShare to Pinterest
Labels: King of Kings